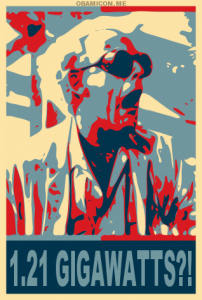 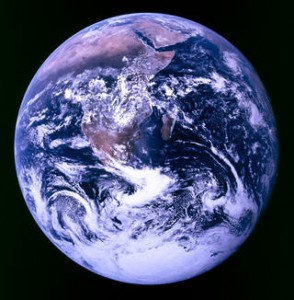 Sendek has a solution – add a new prefix, hella-. Now we can say that the Earth’s mass is about 6 hellagrams. Isn’t that better? If you like, you can join the petition at Facebook.

If you’re not from California you might not recognize the term “hella.” No worries, I’m originally from Cleveland, where the only person who ever said “hella” was Mr. T in A-Team reruns, so it took me a while to catch on too.

“Hella” may have started as a contraction of “a hell of a”, as in “we had a hell of a good time,” but has evolved to serve as both an intensifier and a quantifier. For example:

You can read more scholarly research by Bucholtz, Bermudez, Fung, Edwards, and Vargas in the Journal of English Linguistics.

Part 2: Hella isn’t as crazy as you might think

“Hella” is regional slang, and Sendek’s petition is a bit tongue-in-cheek, so why don’t we just dismiss this as a stupid joke? Well, it turns out that not all current SI units – though very impressive and scientific-sounding – have very scientific origins.

Let’s take giga-, for example. From Wikipedia, we learn:

According to the American writer Kevin Self, a German committee member of the International Electrotechnical Commission proposed giga as a prefix for 10^9 in the 1920s, drawing on a verse by the humorous poet Christian Morgenstern that appeared in the third (1908) edition of Galgenlieder (Gallows Songs). This suggests that a hard German [?] was originally intended as the pronunciation. Self was unable to ascertain at what point the alternative pronunciation came into occasional use, but claimed that as of 1995 it had died out.

As a non-German I was completely ignorant of Galgenlieder, so I poked around a bit to learn more about the source of our very scientific prefix. It turns out this is a book of literary nonsense poetry, and includes this verse (translated to English):

So yeah. Given this precedent, it’s safe to say we can pull SI prefixes from whatever source we want. We can continue up the chain. Tera- comes from the Greek for “monster”, meaning every time some programmer talks about terabytes they might as well be saying “it’s like monster-bytes big, yo!” Prefixes come from German, Greek, Italian, even Danish. Given the many contributions to science and engineering by the United States, isn’t it time for a prefix of peculiarly American English origin?

Bonus Part 3: Get a load of this

I’m not quite done yet. Some of our least official-sounding vernacular units actually have extensive literary and historical backing. I’m talking, of course, about the assload. How many times have you heard phrases like, “I have an assload of homework,” or “I have to get this assload of parrots to the recycling center?” Well it turns out that this unit of measure has a long, established history. In fact, it’s biblical. From Eerdmans Dictionary of the Bible (2000), Page 1375:

The homer serves as the standard expression of dry capacity in the OT [Old Testament]. The word “homer” is cognate to “ass” and serves as an approximation to the normal load carried by this animal.

The reason you don’t remember it from Sunday school is that it’s usually imprecisely translated as “measure” in the King James Version. It shows up in Exodus 16:35 and Ezekial 45:11 and probably other places, but those KJV guys took a lot of artistic license in translating units to “a measure.”

Sewing up the argument hella tight

In a sense, this all boils down to prescriptivism vs. descriptivism. Measures used to all be descriptivist like the assload, but now we need prescriptive precision. “Hella” is a prescriptivist’s nightmare, but most modern linguists are descriptivists, so why not? And don’t even get me started on the units that journalists tend to use on TV, where you’re more likely to encounter “football fields” as a measure of area than square meters.

So we have historical precedent for the “hella-” prefix and we’ve incidentally proven that “assload” deserves its spot in the lexicon of quantification. So sign the petition, and if you happen to know any members of the SI committee, please pass this along so we can get this matter settled quickly.

4 thoughts on “Units that Measure Up: From Giga-watts to Hella-tons”